This week in the studio a Veteran News Correspondent, In his four decade network news career some of the areas that he has covered are the Civil War in El Salvador, where he was kidnapped and threatened, The events leading to the Bombing of the barracks in Beirut, The Oklahoma City bombing where he spoke directly with the bomber himself, the Lockerbie tragedy,Baghdad, Afghanistan, Iraq, and was even embedded with son Carlos who is also a news correspondent in order to reconnect and gain the footage that was used in the Documentary The Hornets Nest. This man has covered a ton of world changing events and tonight we will hear what he was thinking and go behind the scenes of one of the last great worldwide correspondents of the news. 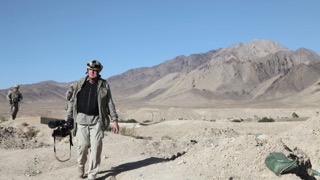 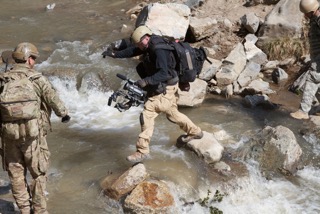 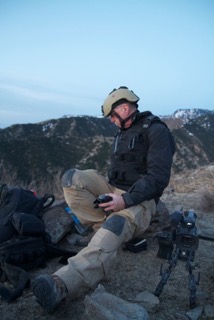 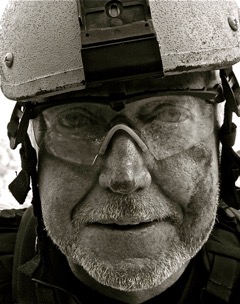 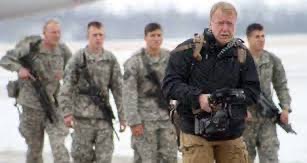 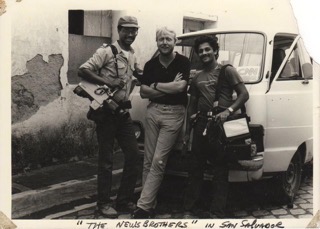 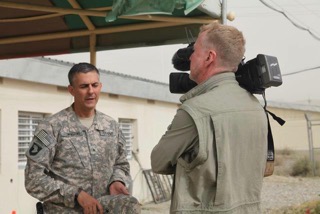 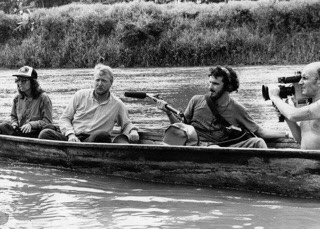 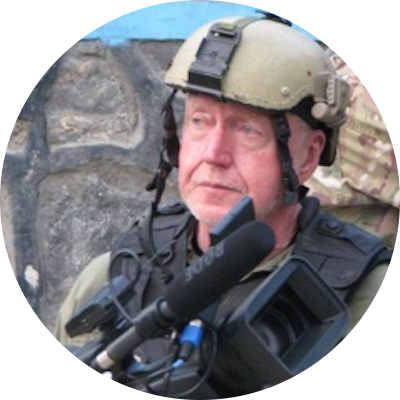 Veteran network news correspondent, Mike Boettcher, has been recognized with journalism’s top awards for his coverage of events that shaped the world since 1980. He also helped launch the era of 24-hour live news coverage when on June 1, 1980, he performed the first live satellite report for a fledgling network called CNN. In a four- decade network career Boettcher received national recognition in all facets of broadcast journalism – breaking news, feature, war coverage and investigative reporting. He was also recognized for his investigations of the world’s most dangerous terrorist groups. As the chief correspondent for CNN’s terrorism intelligence unit, a team he created in the summer of 2000, Boettcher was awarded a Peabody and his third of six National Emmys.
Boettcher is frequently asked to lecture on the subject of terrorism and journalism at some of the world’s top institutions and corporations, including London’s Royal United Services Institute, Sweden’s National Defense College, Scotland’s St. Andrews University, West Point’s Senior Leaders Conference, U.S. Army Europe, U.S. Army War College, The Naval Post Graduate School and Stanford’s Hoover Institution. In three decades of assignments covering world conflict for NBC News, CNN and
ABC News, he has witnessed, investigated and been a victim of terrorism himself. He
was kidnapped and threatened with execution in El Salvador in 1985. Twenty years later, he survived a suicide bomber attack and a roadside bombing in Baghdad. Boettcher covered the emergence of modern terrorist tactics in the early 1980’s when he reported on events that led to the bombing of the U.S. Marine barracks in Beirut that killed 241 Marines. He covered the Pan AM 103 tragedy in Lockerbie and was assigned to investigate it. Boettcher led NBC’s investigation of the Oklahoma City bombing and was one of a handful journalists allowed to speak to Timothy McVeigh in prison. Since 1998, when the U.S. embassies in Africa were bombed, he has been assigned to investigate
most every major terrorism attack against American targets. Boettcher, who was one of a small group of reporters embedded with U.S. Special Forces during Operation Iraqi Freedom, has reported extensively from Iraq and Afghanistan. His experience covering Iraq dates back to August 1990 when Iraq invaded Kuwait and Operation Desert Storm in 1991 when he was embedded with U.S. Marines. That same year he won an Emmy for his coverage of the Kurdish refugee crisis in Iraq.
Mike left NBC News in 2008 to pursue a project that embedded him and his son full-time with U.S. troops in Iraq and Afghanistan. In 2009, Boettcher partnered with ABC News to continue reporting from the front lines in Afghanistan. As part of the project, he lectured weekly, via satellite, from Iraq and Afghanistan to the University of Oklahoma’s groundbreaking War and Media class.
In October 2013, Boettcher received the recognition of his peers when he won
two more Emmys for his work in Afghanistan. His stories from the front lines became the basis for the critically acclaimed 2014 film, The Hornets Nest that Boettcher and his son, Carlos, produced.
In 2010, the 101st Airborne’s Rakkasan Brigade awarded Boettcher the Combat Order of the Spur for his actions in combat. A year later, the 101st Airborne’s legendary 506th Infantry Regiment, known widely as “The Band Of Brothers”, made Boettcher an honorary member. In 2018 he was inducted as an honored member of the 101st Airborne’s 327th Infantry Regiment known as the No Slack Battalion.
Boettcher, who was inducted into the Oklahoma Journalism Hall of Fame in 2009,
serves on the emeritus board of directors for the charity, Easter Seals International, where he spearheads Easter Seals’ initiatives to help disabled veterans. He is currently Correspondent In Residence and Professor at the Gaylord College of Journalism at the University of Oklahoma. Boettcher also serves as a Senior Fellow at the OU Center For Intelligence And National Security (CINS.)
Boettcher created Standing Bear Entertainment in 2021 and is partnered with
ABC News Studios to produce documentary series for Hulu and ABC. Standing Bear’s first effort with ABC premiers in May on Hulu and June on ABC network prime time.