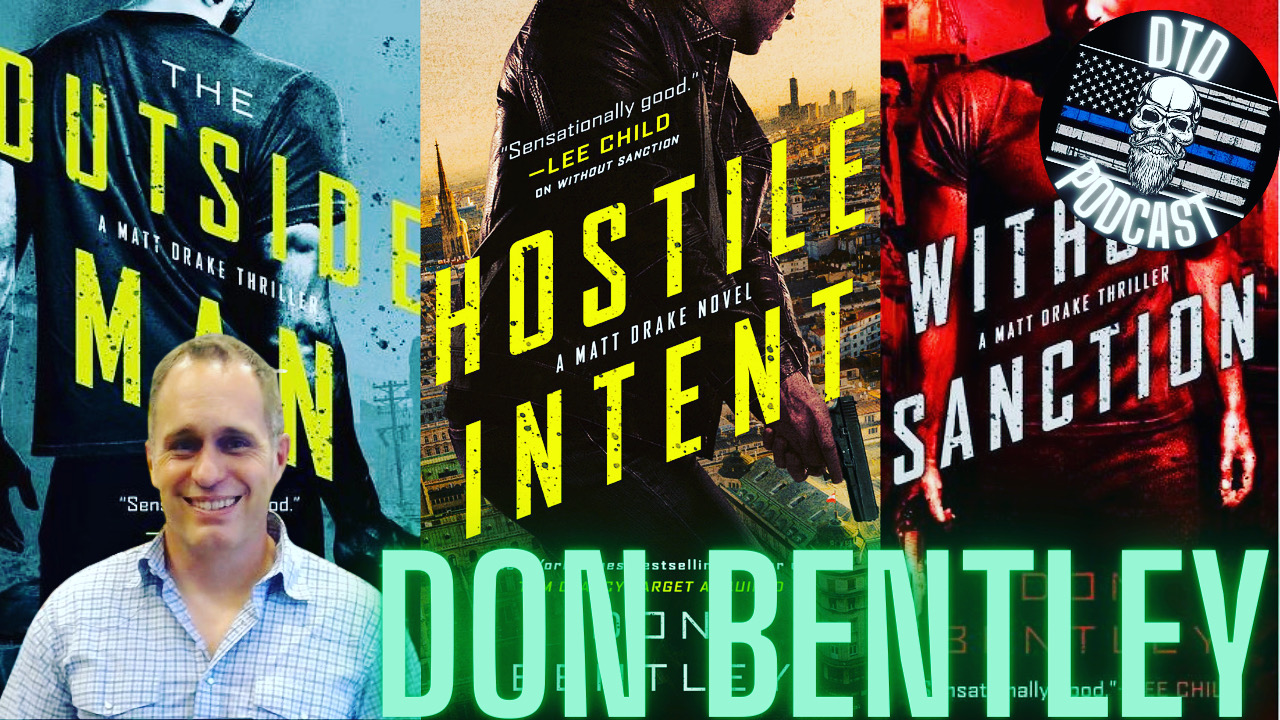 This week in the studio, a returning guest that spent time as and Army Combat Apache Pilot in support of Operation Enduring Freedom, an FBI Special Agent, and member of the Dallas office FBI SWAT team in his career. Now he is a New York Times bestselling author of not only the Matt Drake series of books, “Without Sanction”, “The Outside Man”, and his newest addition in that series “Hostile Intent”. He has also been charged with taking the mantle of character growth and further story development in the Tom Clancy series about Jack Ryan Jr with “Target Acquired” and the soon to be released “Zero Hour”, which are also New York Times bestsellers. He’s here tonight to talk about his new release, the state of the world and possibly fail at 80’s trivia. I am so happy to introduce in my opinion one of the best writers in the world. Mr. Don Bentley.