This week in the studio a Retired Federal Law Enforcement Agent with 29+ years with the government US Border Patrol, US Customs and Homeland Security Investigations. Most of his career was spent in some form of undercover operations both domestic and international whether that being actually undercover or supervising a team of undercover agents. He served tours of duty in Spain, Italy, Venezuela, Colombia and very briefly in Afghanistan Afghanistan and Thailand as well. His operations have resulted in the seizure of over 268 million dollars, 1,500 kilos of cocaine, and hundreds of arrests and convictions, but that not where it stops, even after retirement he joined western Union and works tirelessly to conduct security risk assessments and conduct high risk commercial relationship investigations. He even can be found on IMDB for some of his acting roles. I am excited to introduce Alex Alonso. 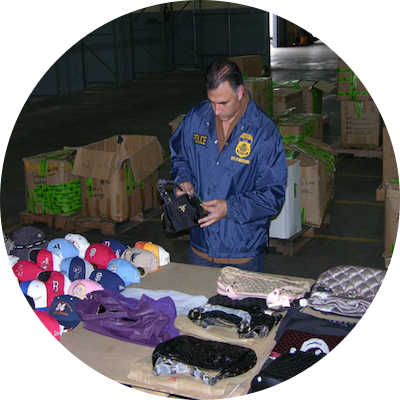 Since June 2017, Alexander Alonso has been appointed as the Senior Manager, AML Compliance at Western Union assigned to the North America Regional Compliance Team. In this role, Mr. Alonso maintains oversight of the Authorized Delegate Oversight Program in the Caribbean, Mexico, and U.S. Strategic and Commercial accounts providing support to the field teams monitoring the effectiveness of BSA/AML/Fraud Compliance Programs implemented by Authorized Delegates in the region. Mr. Alonso also serves as the primary liaison with the Arizona Attorney General’s Office, Transaction Records and Analysis Center (TRAC), coordinating investigative requests and intelligence sharing. Mr. Alonso is also responsible for conducting in-depth, updated geographical security risk assessments and developing and implementing crisis management protocols for Mexico GFO personnel in the field.

Prior to joining Western Union in November 2015, Mr. Alonso served as the Regional Attaché for the U.S. Department of Homeland Security in Andorra, Portugal and Spain. During his tenure, Mr. Alonso was responsible for managing numerous high-profile Financial, Child Exploitation, Human Trafficking and Narcotics Smuggling transnational investigations that led to significant arrests and seizures of assets. He was also credited with establishing the first European International Taskforce Agent Training at the Federal Law Enforcement Training Center in Glynco, GA.